Color Roundup: My Love of the Color Pink for Rooms is Pretty Obvious 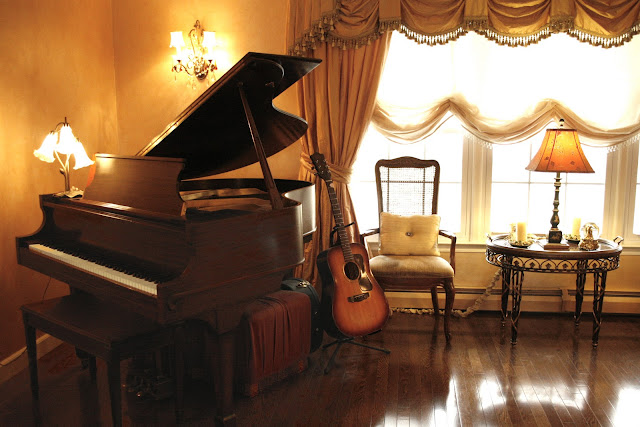 The walls read pink – but my recipe was a peach base color, followed by a layer of pearl metallic paint – then glazed with cinnamon tones. 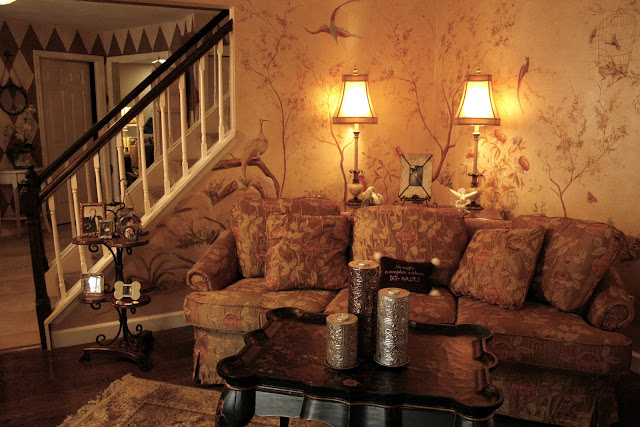 The Chinoiserie mural helps to break up the pink a bit 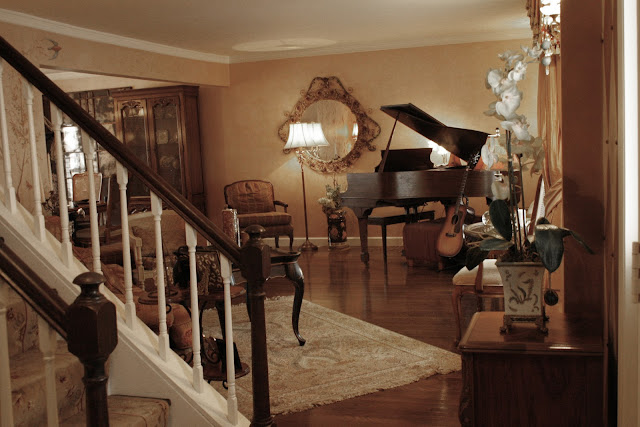 I chose to create a pink-like metallic tone because the room is fairly dark – not much natural light comes through at all. When the light hits the walls – there’s a natural glow in these room that I absolutely love.  The great architect Renzo Mongiardino said that every room has its finest hour – but my rooms look great just about any time.
In my kitchen, I had a custom demilune made for part of my island.  Of course – it had to be some version of pink.  But – I made it a coral-like glazed metallic (because I know that Richard probably would have put his foot down if it had been a full-out pink!). 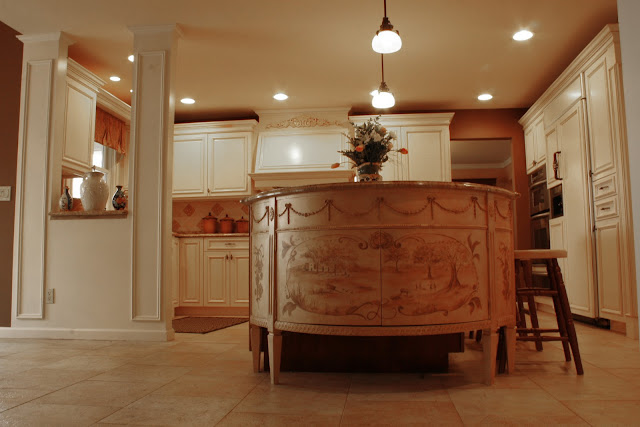 I’m in good company though – lots of designers have had their way with pink. 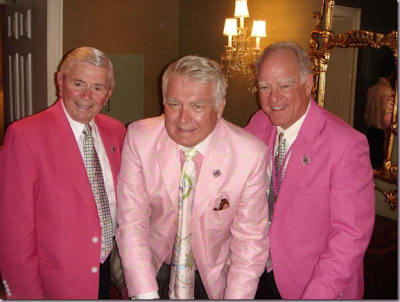 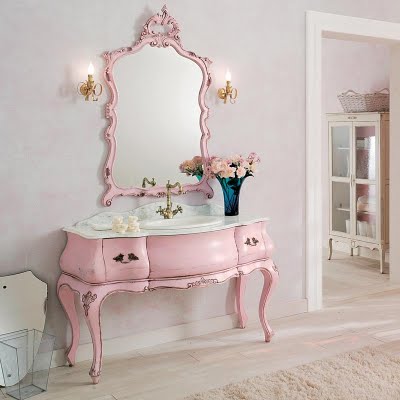 How beautiful is this – from Nellavetrina 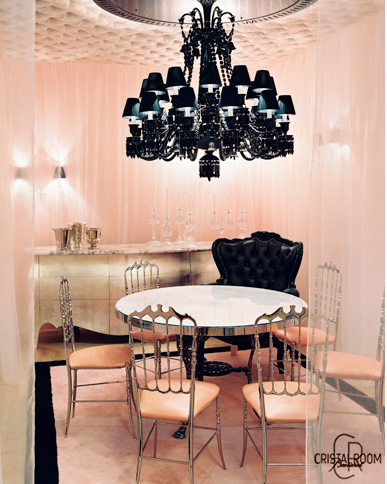 Pink & Black – a great combination.  From the blog, Ladies of Design 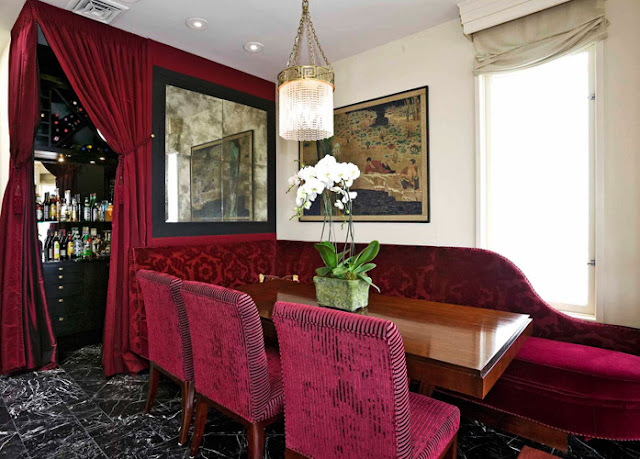 Magenta is pink too!  From designer, Jerry Jacobs 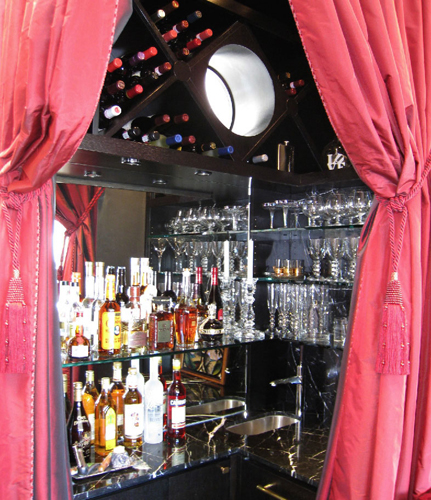 Closeup of the portmantiere, from Jerry Jacobs.  An elegant way to decorate a bar area. 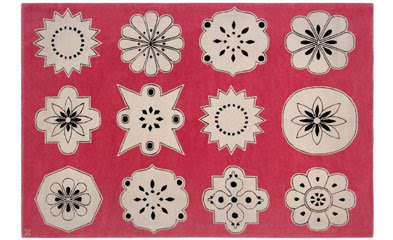 A pink rug – by Madeline Weinrib 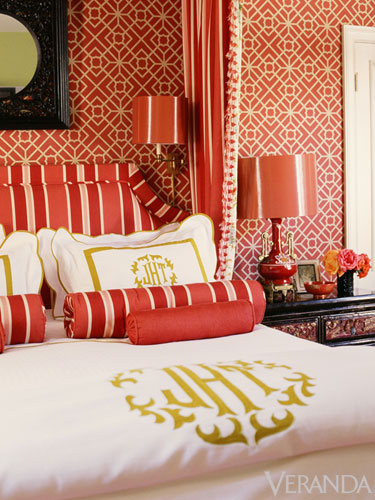 A coral and red bedroom by designer, Mary MacDonald, from Veranda Magazine 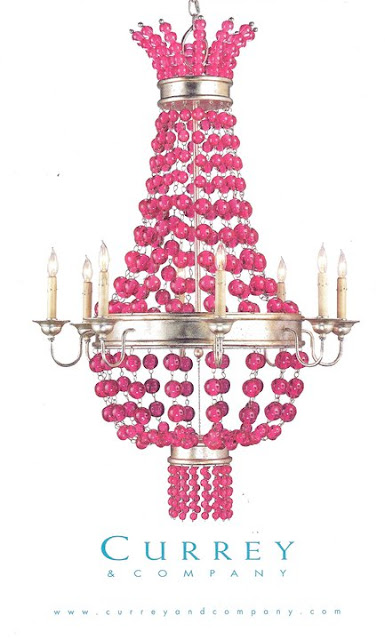 Or – maybe just a small accent of pink, like this chandelier from Currey & Company
Some advice for using pink:
So – think pink for at least one or two of your rooms.  They will stand out and make you happy every time you see them!

Color Roundup: Chartreuse, Lime and Apple Green in Interior Design
A New Guest Bath with a Metallic Plaster Finish
The E-Book on "Design Your Home With Color"
This entry was posted in Color Roundup. Bookmark the permalink.

2 Responses to Color Roundup: My Love of the Color Pink for Rooms is Pretty Obvious