Stencilmania: How a Simple Stencil Changes Your Walls, Furniture, Floors and More

Posted on April 13, 2011 by Linda
I love stencils!!  I remember the first time I ever tried to stencil, I was living in the Pacific Northwest and I bought a few stencils to liven up my bathroom.  Well, true to form back then – I didn’t read a manual or book or anything on how to actually use a stencil…I just tacked the stencil up on the wall, took a stencil brush and put some paint on it – and away I went.  Well – the paint seeped through the stencil (because I didn’t “offload” the paint) and, in short, my project came to a schreeching halt!


I’ve since learned how to work with these beautiful bits of plastic and there are never ending ways to use them.  Melanie Royals – who is my go-to designer whenever I want a stencil – has the most incredible line of stencils in her online store, Royal Design Studio.  There you can find very traditional stencils – like damasks and other allover designs…as well as some more modern, transitional patterns that would fit in beautifully in today’s interior designs.  She has come out with a new line of stencils that I feel the younger, more contemporary homeowner would love. 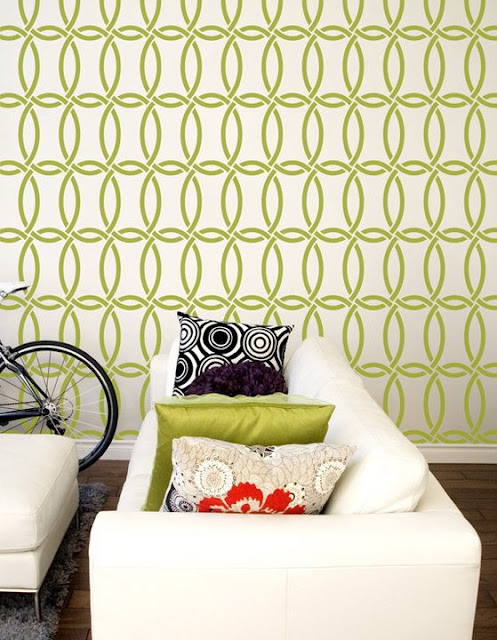 This is “Chain Link” from her new collection. It looks very modern and “today, ” unlike what many people feel about stencils – old and grandma-like!  I just love using geometric patterns in interiors. 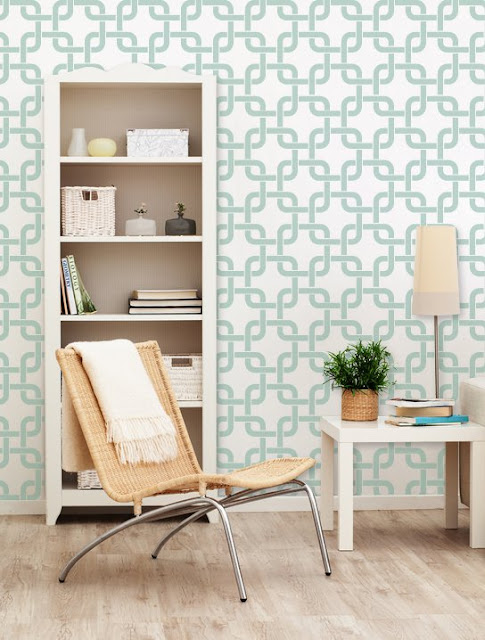 This is “Linked In” – how’s that for being current?  Again, a great overall geometric that many of my younger clients would gravitate toward.  It’s subtle – but it has a great energy to it. 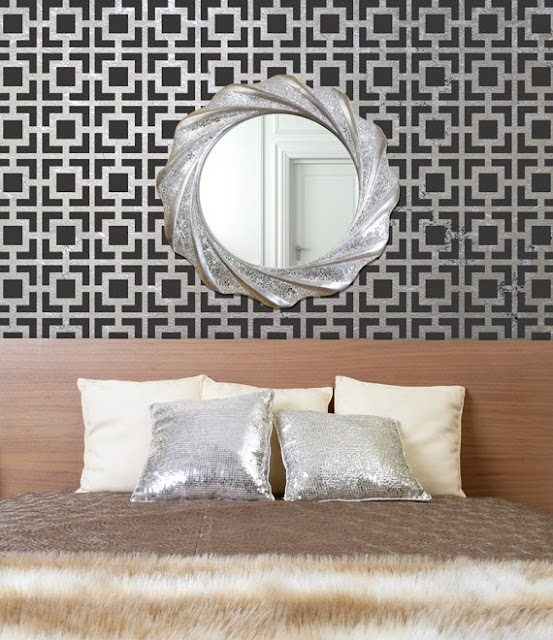 This is “Hollywood Squares” – and it’s, again, geometric but there’s a definite Hollywood glam and retro feel to this pattern. 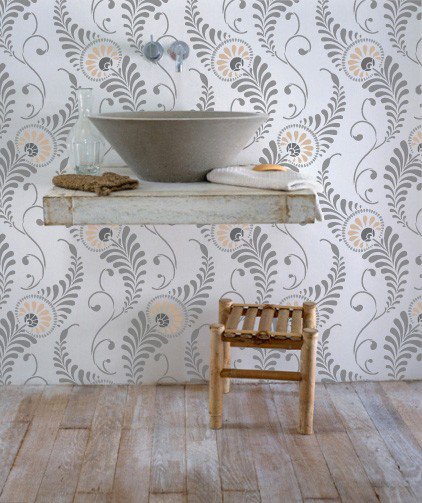 This is called “Feather Damask,” and it has a modern Swedish kind of feel to it, I think.  This can be used as an accent wall – perhaps with a neutral gray on the other walls.  Add some yellow and gray and cream fabrics and you have a simple but elegantly modern room.

Here, just taking one single motif – in black and white…over a stried glaze and you a have a modern interpretation of a traditional pattern. 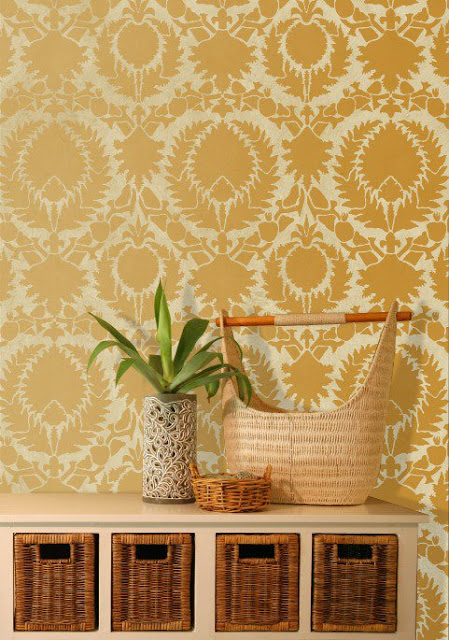 Another pattern I see a lot of (and I love) is the Suzani pattern.  But this time instead of being on a bed or a pillow – it’s on an entire wall. This is refreshingly beautiful. 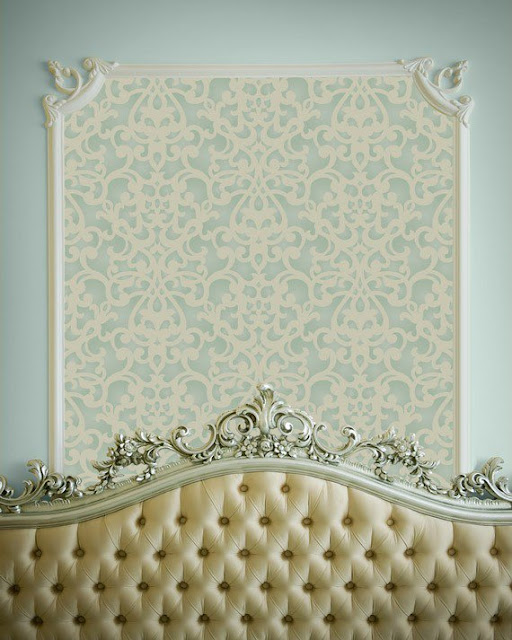 This is the Donatella Damask – a beautiful, more traditional pattern.  It looks lovely in a bedroom in soft, hushed colors.  Using it as only an accent, as above, is a very inexpensive way to add some pattern and spohistication to a room. 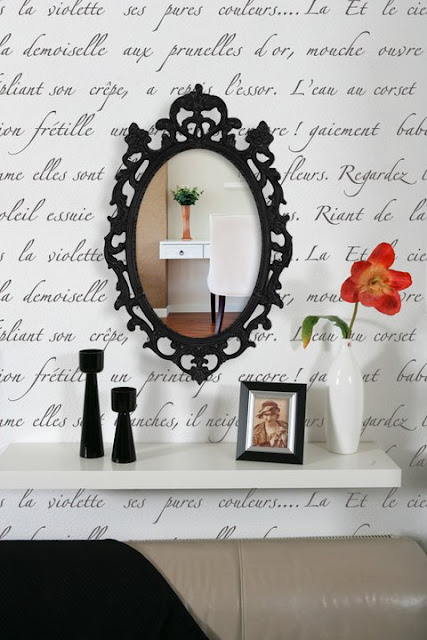 And finally, for the true traditionalist, how about adding a poem in French on an accent wall, as above?  I have always loved this French poem stencil called “April in Paris” from Royal Design Studio.  I’ve used this on dressers and on tables as well to give them that special touch! You can read more about this beautiful French script pattern here – where we used this stencil and also “Florentine Corner” in a Designer Showhouse last year,

If you would like to give your home a special look and feel, call Linda at 631 793-1315 for a consultation.
All photos courtesy of Royal Design Studio, except the last one, which is from me!

How do you Decorate a Very Large Room?
Great Gift Ideas from a Fabulous Store - Henry Road
My Favorite Flower and A Dahlia Show
This entry was posted in Uncategorized and tagged transitional design ideas, using geometric patterns, using stencils in interior design. Bookmark the permalink.

5 Responses to Stencilmania: How a Simple Stencil Changes Your Walls, Furniture, Floors and More